A few weeks ago I mentioned http://OnTheBoards.tv, which so far has published 22 professionally-filmed HD recordings of On the Boards performances (plus a few from NYC's Performance Space 122). I suggested that, due to the wide variation in nature, content, and frankly quality for experimental (or at least just modern) theatre and choreography, this kind of work could be ideally suited for such a subscription arrangement.

Having now watched substantial portions of all 22 of those performance recordings, I can confirm this is the case.

Finding that one company was a perfectly reasonable time investment thanks to the ability to sample the full-length performances online, but absolutely would not have been otherwise.

For anyone curious, this company was NYC's "Temporary Distortion," which coherently combines theatre, film, and sculpture. See http://temporarydistortion.com
The Detroit Symphony Orchestra is receiving deserved acclaim for its professional-level (e.g. multi-camera) free HD video broadcasts of its live performances. From time to time, Fathom Events has also done live broadcasts of L.A. Philharmonic performances, the advantage there being that you get the benefit of the movie theater sound system.

The problem with both of these arrangements is (at least in my opinion but one which I suspect is widely shared) that orchestral music just isn't enhanced by actually watching the orchestra: if anything, that's a distraction. Plus, you're then giving up what is potentially unique about music, i.e. the ability to enjoy it as an art form while doing other things.

Instead what I'm most impressed by right now is Q2, the New York City internet-only radio station (associated with the venerable classical FM station WQXR) which only plays works by living composers.

This is material which symphony directors find they have to be sparing with in their programming, and which could probably never support a dedicated station on the FM dial in any major city, but thanks to the internet, where there's enough room for everyone and everything, you can now listen to a radio station broadcasting only this kind of music 24 hours a day.

I've found that the Q2 on-air hosts are passionate and knowledgeable about the music they're playing, which really makes a difference, and their support of live music via live broadcasts of local performances is admirable.

So, Q2 is my current pick for the classical music world's best use of modern technology: tune in at http://www.wqxr.org/#!/series/q2/ if you'd like to give it a try.

[Note: I should probably make clear that I'm not talking about opera in any of the above - for that, where obviously what you see on stage is an integral part of the art form, the Fathom Events live broadcasts of the Metropolitan Opera are far and away the best recent development.] 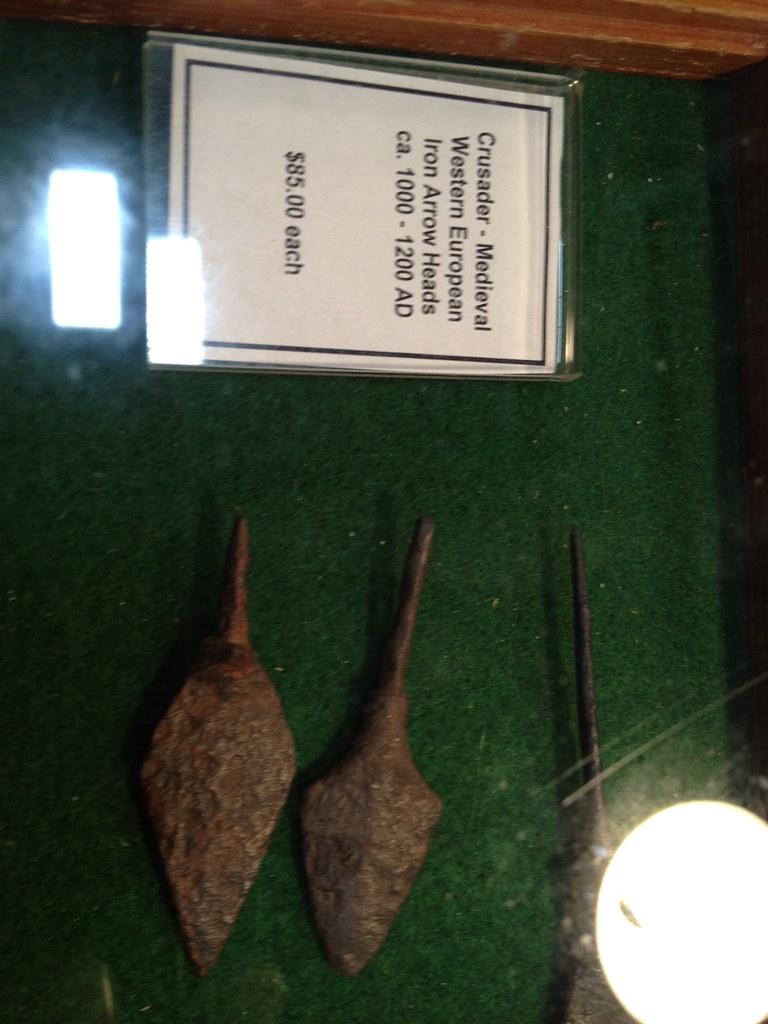 I stopped by the big PNNA coin collector's convention in Tukwila this afternoon. Apparently this is the largest coin collecting event in the entire Pacific Northwest, and although I have no real interest in coin collecting per se, I do enjoy sampling different communities.

One thing that surprised me was the presence of objects for sale other than unusual coins and currency, for example the arrowheads you see here: they were used by Western European crusaders between 1000 and 1200 CE, and are being sold for $85 each.

I suppose if you happen to know someone who sees human civilization as hurtling toward some final battle to the death between the "Christian world" and the "Islamic world," then regardless of which side he or she is rooting for in his or her overactive imagination, I'd imagine one of these arrowheads would make a memorable gift. 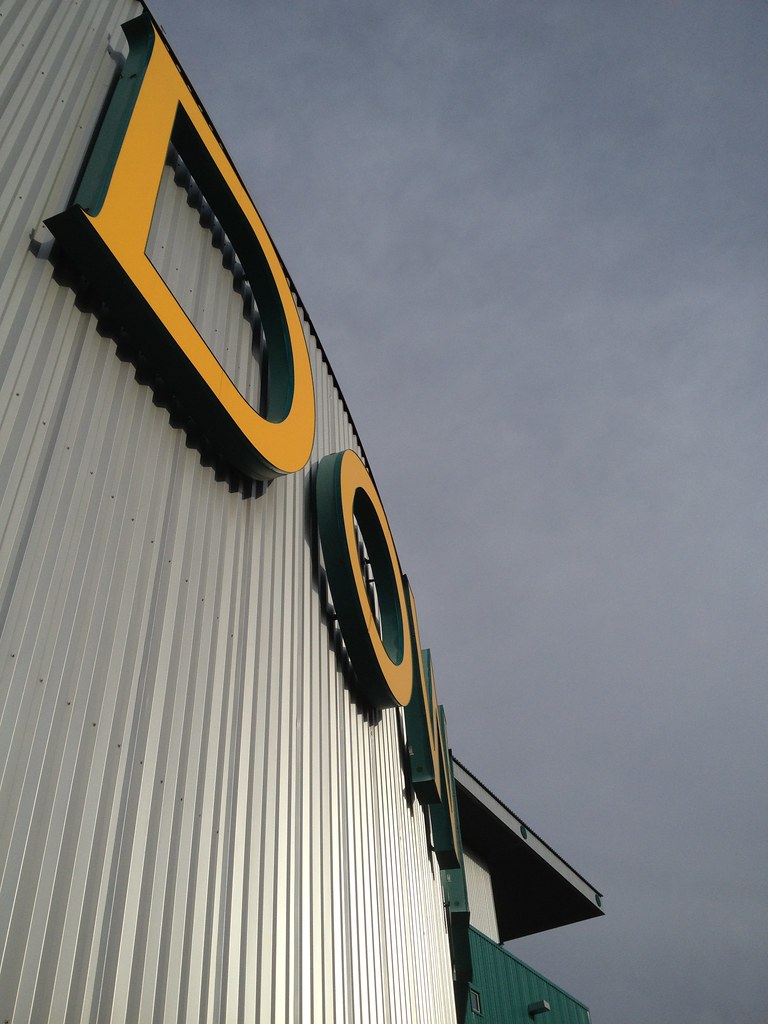 By chance I learned today's would be this year's first horse race at Emerald Downs. Since Emerald Downs is easy driving distance from the coin show, I thought it made sense to sample yet another community which I have no real interest in. 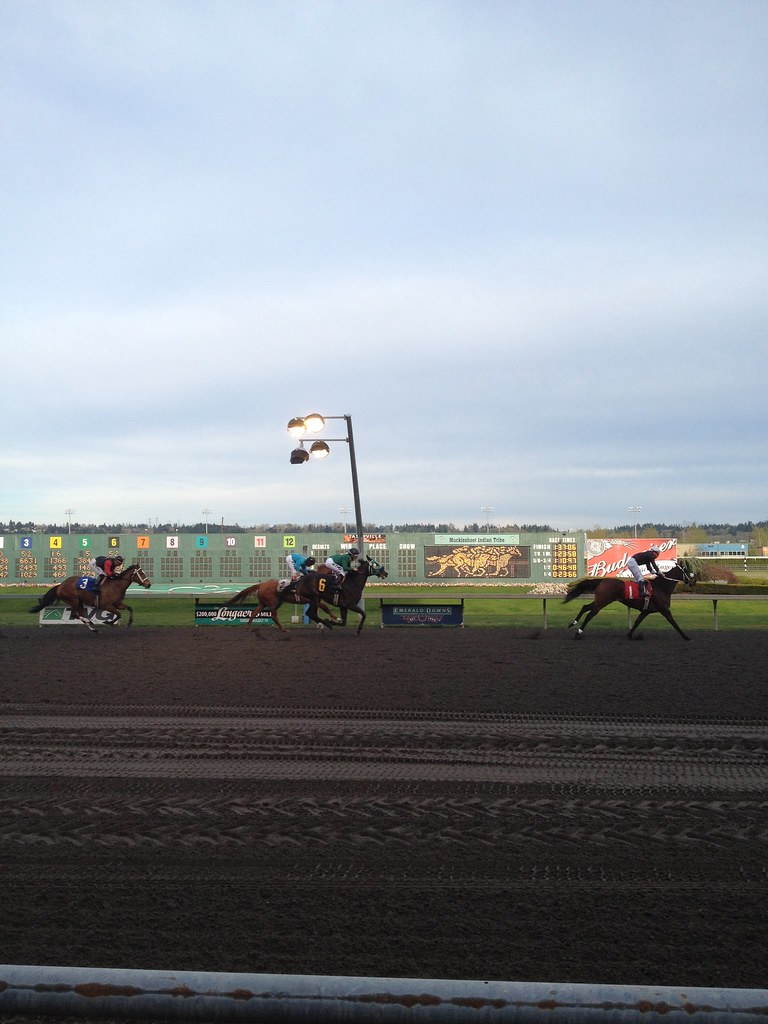 Here you see horse 1 winning the day's first race. It's the horse at the extreme right of this photograph, as you might expect after making the reasonable assumption that the horses are running forward rather than backward. 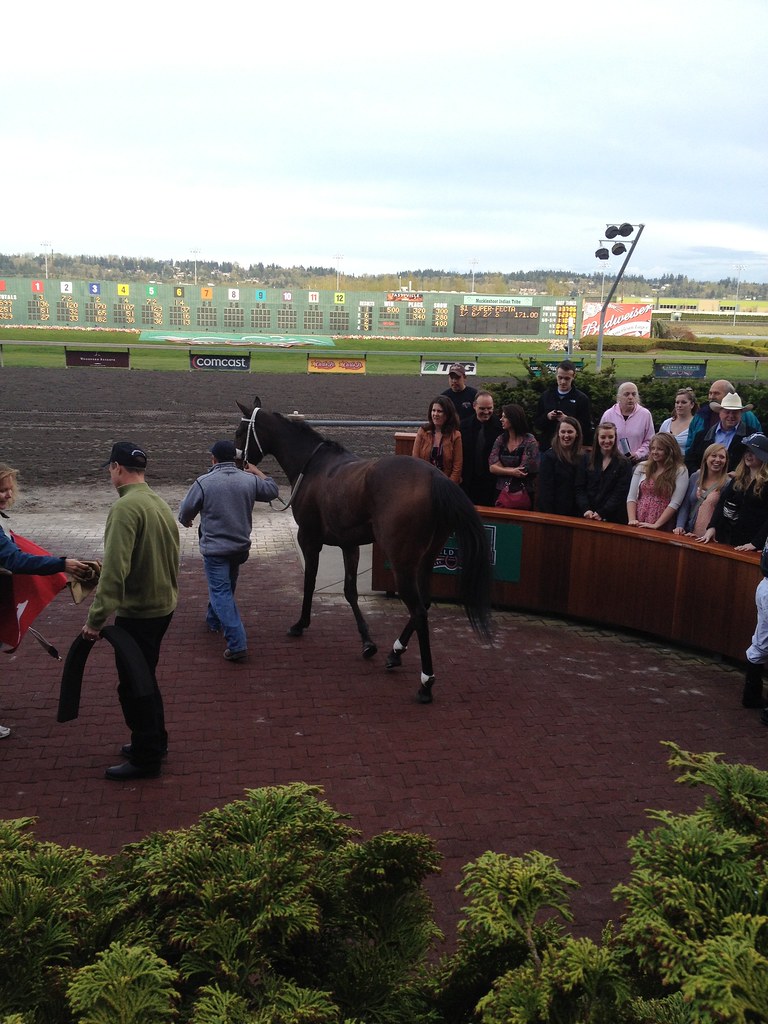 I'm sure all of the other horses will flirt with it now, assuming horse psychology is exactly like human psychology, which assumption I believe the philosophical principle known as Occam's Razor, which principle I don't fully remember, requires me to make.

The main thing this winning horse will want to avoid is developing a gambling addiction. Horses betting their winnings on other horses is not a pretty sight: it's like an equine version of Stockholm Syndrome, and even though it's completely impossible I hope you never have to see it.
Collapse