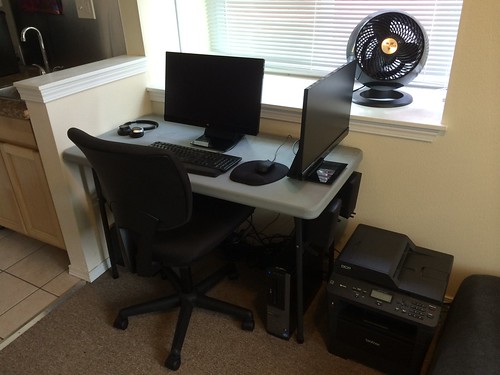 A simple way to conserve space is to get two identical 1920x1080 monitors which have DVI/DisplayPort as well as HDMI inputs (the Viewsonic VX2270Smh-LED models pictured here are a great example), hook your desktop computer up to both, and hook an Apple TV up to the second. Then you can either turn the second one toward you for a dual monitor setup (e.g. when you're working on a big computer project and want to have a bunch of windows open at the same time), or else leave the second one pointed toward wherever you like to watch movies.

Note that if you have an Apple portable device with WiFi capabilities (e.g. an iPhone, iPod Touch, or iPad), then you can use Apple's free Remote app in place of the physical remote which comes with your Apple TV.
Subscribe
Comments for this post were disabled by the author