Where Champlain's second church used to be 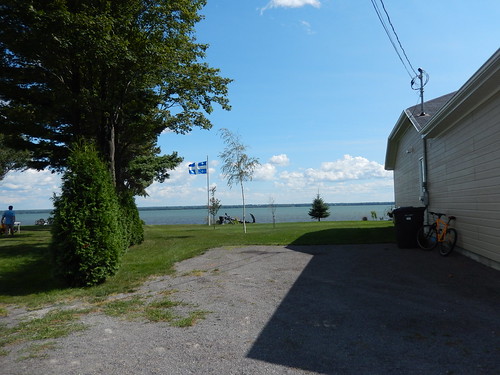 Additionally, according to the pastor of Champlain's current church, the grave markers in Hilaire's time were made of untreated wood which didn't survive long enough to be moved when Champlain transitioned from its second church to its third, and furthermore the remains from Hilaire's time were decomposed to the point where they likewise wouldn't have been moved.

In other words, this photograph is probably as close as any living Brunelle will ever get to something akin to a grave marker for the first two Brunelles.