The original door to the house of Madame de la Peltrie 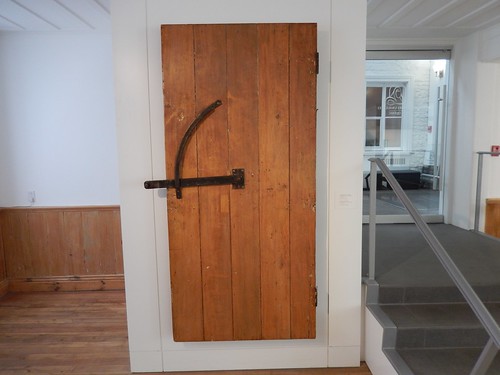 In brief, Madame de la Peltrie co-founded the first Ursuline convent in Quebec in 1639, together with Marie de L'Incarnation. This convent, located in Quebec City, was apparently the first educational institution for women in all of North America.

What you see here is the door to her house, which is now kept inside the convent museum. Since her house, though located next to the convent, apparently survived the several fires which repeatedly destroyed the Ursuline convent early on, it's likely this is the original house door. Certainly, its metal parts should be the originals.

In other words what you're seeing here, as mundane as it may be, is something Antoinette and Hilaire likely would have seen.
Subscribe
Comments for this post were disabled by the author