A bust of King Louis XIV 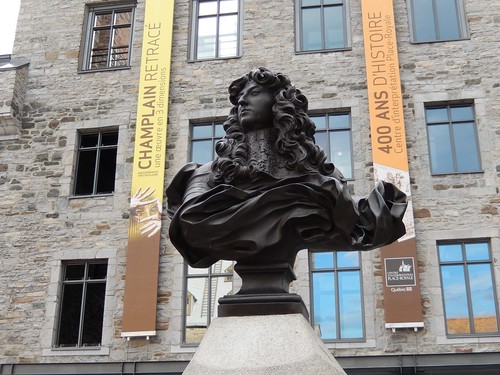 This is a 1928 replica of the original sculpture, which stood in this same place (which itself is in one of the oldest parts of Quebec City) as early as 1686.

It's surprising how quickly your standards go up for antiquity after spending just a little time in a city this old; after merely a few days in Quebec City, anything from the mid 1700s started to seem fairly young to me, and anything from the 1800s and later might as well have been yesterday.
Subscribe
Comments for this post were disabled by the author