Voting in the Nov 6 general election 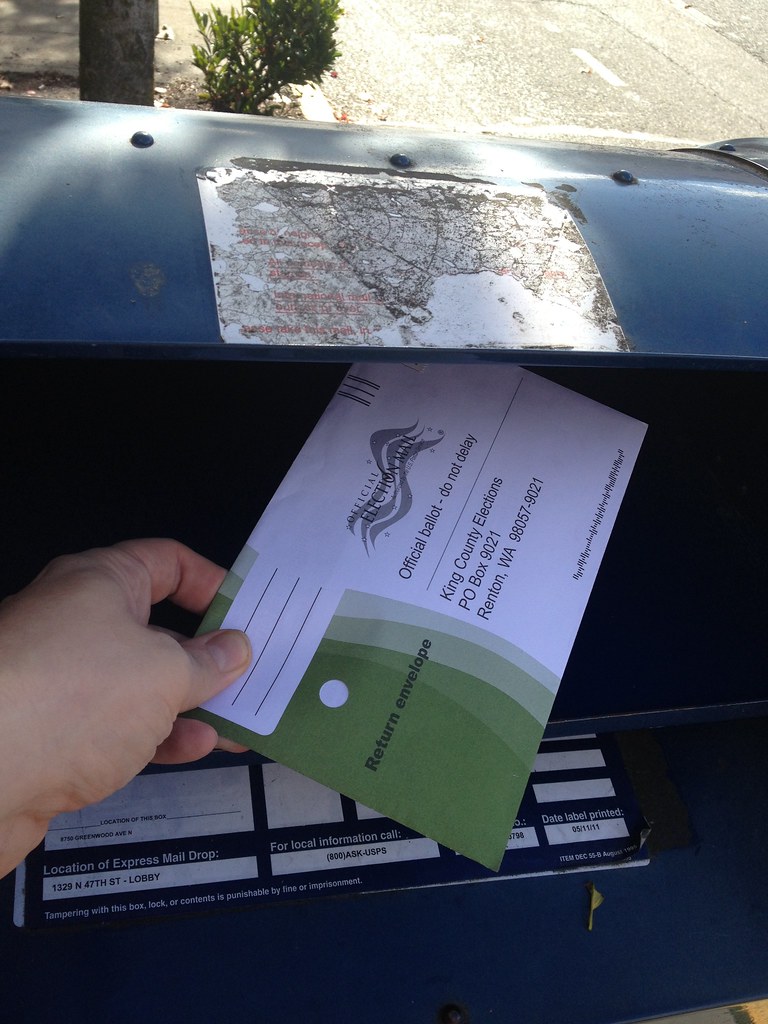 Since 2009, Washington State's elections have been held entirely by mail. I took this picture while mailing my own ballot in October.

This was probably the most important election I've ever had the honor of voting in, for the country as a whole as well as Washington State in specific.