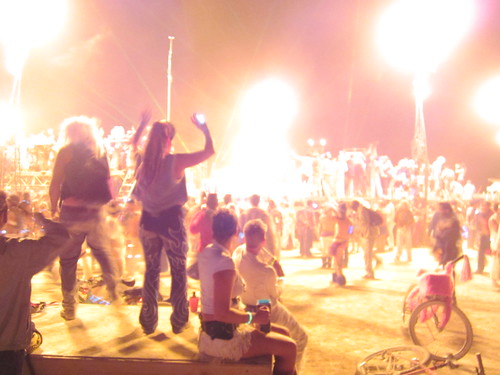 I took this photograph just four minutes after the last one, hoping to capture the positive and energetic nature of Opulent Temple's dances. Fortunately just as I was taking this photograph they fired the overhead flamethrowers, illuminating the entire frame in the same way some random flash of light behind me illuminated the last.

That was one of the great things about Opulent Temple: when the music reached a peak, that peak wasn't just accompanied by more intense light, but by an overhead flamethrower blast which made heat accompany the light.
Subscribe
Comments for this post were disabled by the author