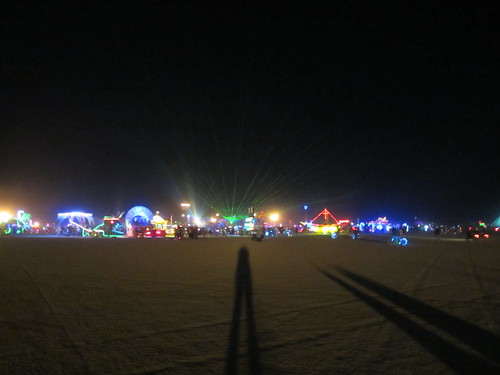 I had a tremendously difficult time taking a photograph which actually captured what Black Rock City looks like at night. But imagine what you see here surrounding you in every direction, and extending off into the distance, with no two things the same, and you're at least on the right track.

I find the appearance of Black Rock City at night to be a powerful metaphor: it's what the world might look like if you could actually see what makes each human being unique.
Subscribe
Comments for this post were disabled by the author