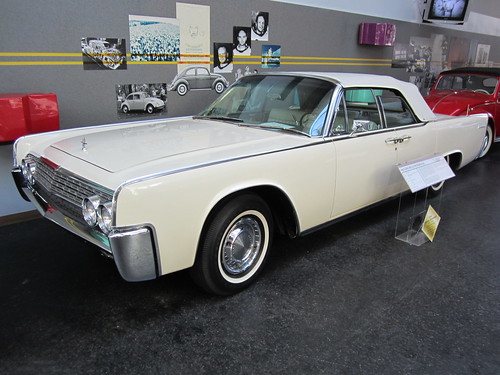 I took this picture at Reno's National Automobile Museum, which in comparison to Tacoma's LeMay Museum has a much greater emphasis on cars once owned by famous people. Cars aren't really one of my interests; it's just that I had plenty of time to spend that morning in Reno, and this was one of the few things to do given that I don't gamble.

Later that day I also visited the Nevada Museum of Art, which had an interesting exhibition of photographs by Edward Burtynsky, some of which reminded me of works by Andreas Gursky (my all-time favorite photographer). Unfortunately, no photography was allowed in the Edward Burtynsky exhibit.
Subscribe
Comments for this post were disabled by the author