The Everything for Everyone Festival 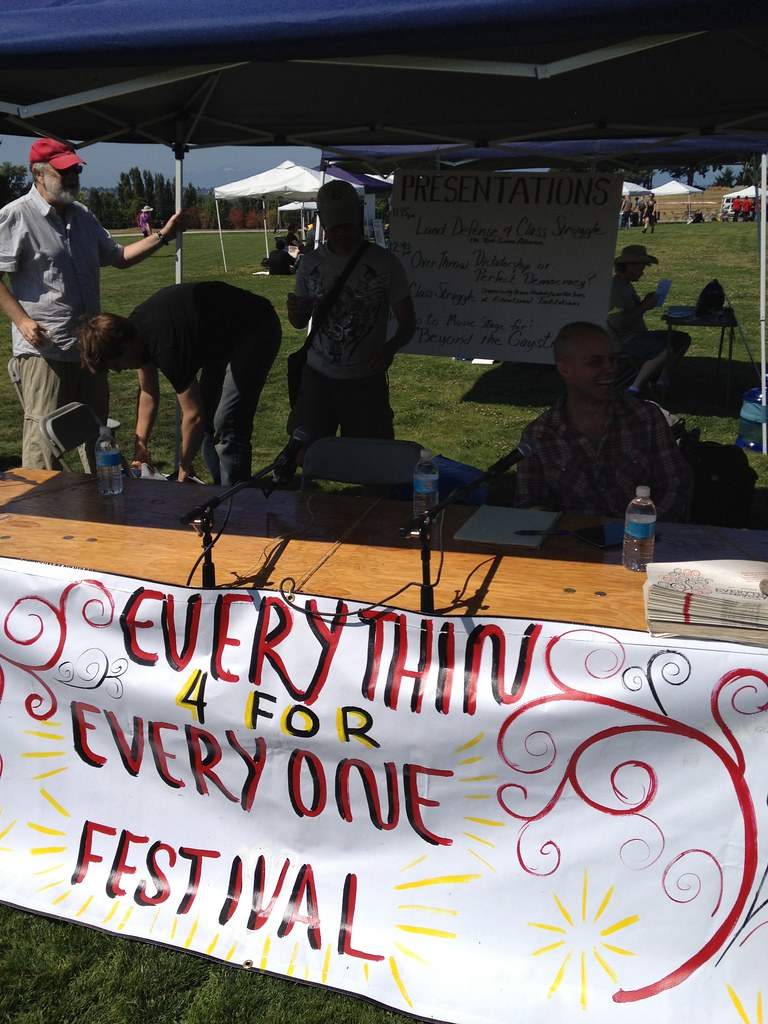 A festival called "Everything for Everyone," organized by activists associated with Seattle's incarnation of the Occupy Wall Street movement, was being held in Seattle this weekend. I decided to attend, in part because I felt it was only fair to hear these folks out at greater length.

So, I sat through two full panel discussions, one small group session, and parts of several other small group sessions. I chatted with a few folks, visited all of the information tables, and picked up copies of most of the free pamphlets, newspapers, and magazines.

I'll be reading through all of the literature a bit later, but for now the following are my reactions to what I heard in today's panels and small group sessions, in no particular order:

I have to say that if it came right down to it, I don't believe any of the people I met today would really randomly murder a police officer or plant a bomb in a government building: their talk of violent revolution and abolishing capitalism seemed more like a fashion statement than anything else, and I got the distinct impression most were leading reasonably comfortable lives.

But the question I wanted to answer today was whether the Occupy Wall Street movement in Seattle, like that in Oakland, had moved to such an extreme that it no longer had any hope of gaining mainstream support, and it was obvious to me that the answer to that question is "yes."

In light of this, all of the 99% and 1% signs have started to seem a bit ironic to me: the original (and I think reasonable) idea behind Occupy Wall Street was to represent the 99% of the population negatively affected by a financial industry which seemed to enjoy an inappropriate political immunity from effective regulation and oversight, but now this movement is advocating courses of action which only 1% of the population would probably agree with.
Subscribe
Comments for this post were disabled by the author