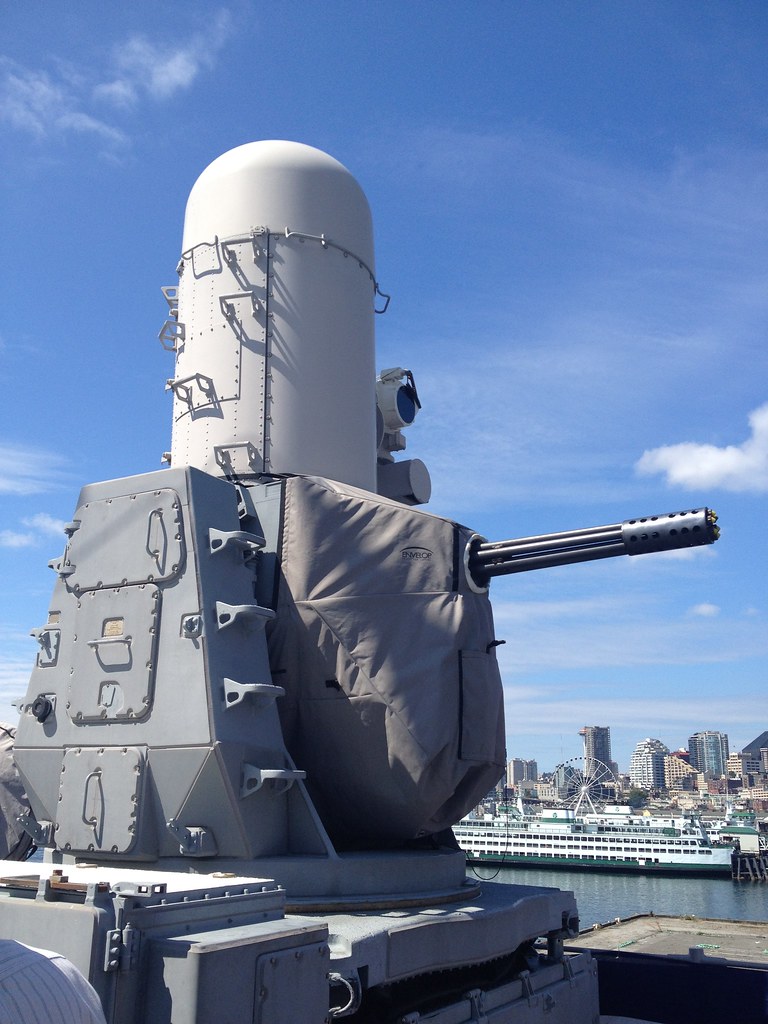 If an enemy anti-ship missile were closing on the USS Bunker Hill, its first line of defense would be an anti-missile missile fired from the aforementioned vertical launch system. Should that fail to stop the enemy missile, then what you see here would be the USS Bunker Hill's second (and last) line of defense: it's controlled by a computer, and fires 20mm tungsten bullets at whatever it believes is the incoming enemy missile at a rate of 4,500 rounds per minute.