Our tour guide, standing on a Mark 41 Vertical Launching System 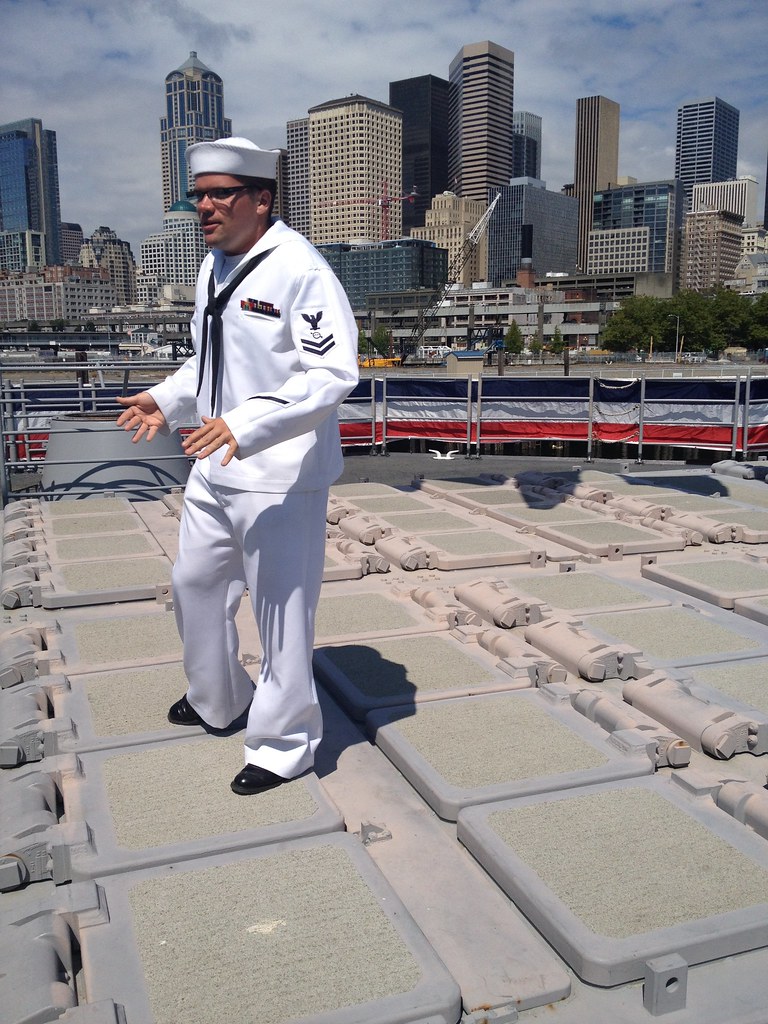 What the petty officer shown here is standing on is one of this ship's two Mark 41 Vertical Launching Systems. Each of these two systems has 61 "cells," and each "cell" generally holds only one missile. According to Wikipedia, these can include regular medium-range surface-to-air missiles, a later version of that same missile which can also target ships, an extremely expensive missile which can target either intermediate-range ballistic missiles or low-orbit satellites, missiles designed to destroy incoming anti-ship missiles (even if the attacking missile happens to be one of the new designs which can go faster than sound and try to dodge anything attempting to stop it), "Tomahawk" missiles designed to hit land targets (which before the applicable SALT treaty could have been nuclear but which now must be conventional), and anti-submarine missiles.

Apparently early on the hope was that this launching system's missiles could be replenished by crane at sea, but in real-world conditions this proved impractical: basically this ship needs to dock in order to replace whatever missiles it has fired.