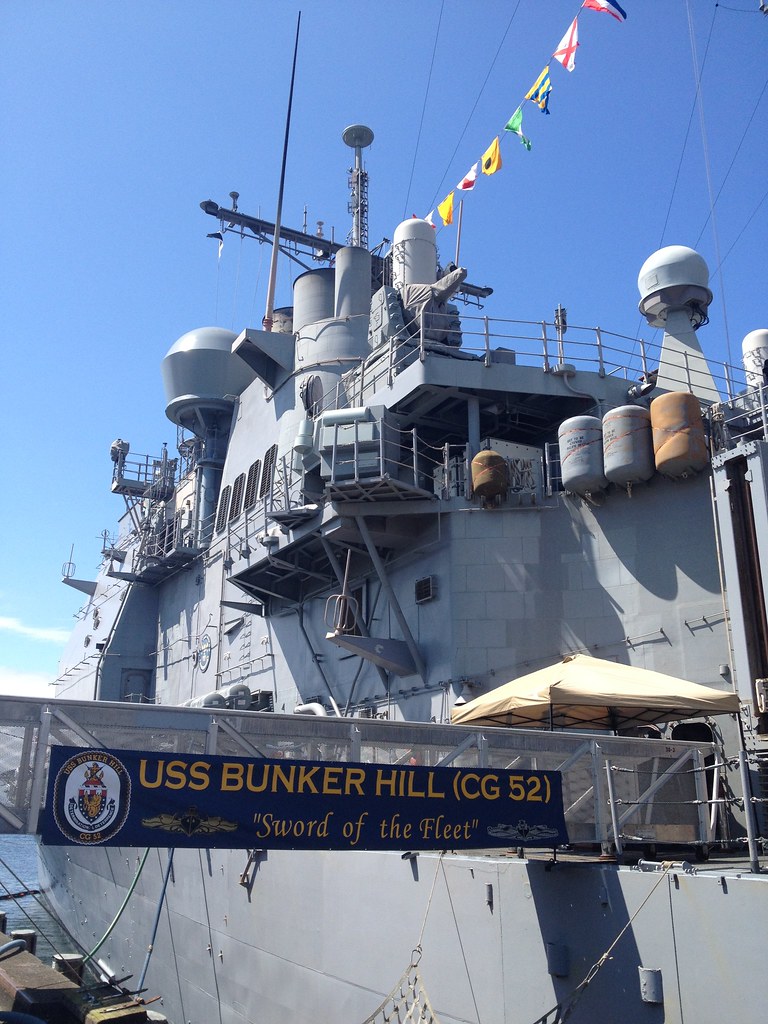 Three U.S. Navy ships docked in Seattle this week as part of Seafair: the USS New Orleans (an amphibious ship designed to touch land and immediately unload an entire battalion of up to 700 Marines), the guided-missile cruiser USS Bunker Hill (a large ship intended for every possible offensive or defensive ocean surface purpose other than carrying troops or landing jets), and the guided-missile destroyer USS Halsey (like the guided-missile cruiser but slightly smaller and with greater responsibility for dealing with enemy submarines). Of these three ships, I decided to tour the USS Bunker Hill.

I went into this experience not knowing that much about the U.S. Navy or modern naval warfare just in general, but the following were my basic take-aways:

For the sake of reference, the USS Bunker Hill (when it's not performing solo missions like handling pirates off the coast of Somalia) is part of Carrier Strike Group One, and the aircraft carrier it serves to protect is the USS Carl Vinson (which you might remember either as being the ship from which Osama bin Laden's body was buried at sea or else as the ship which saved lives after the Haiti earthquake by using its desalination capability to provide drinkable water for the local population).

Here is an excellent picture of the USS Carl Vinson (at top) and the USS Bunker Hill (just below it) sailing together. They're truly best friends forever.