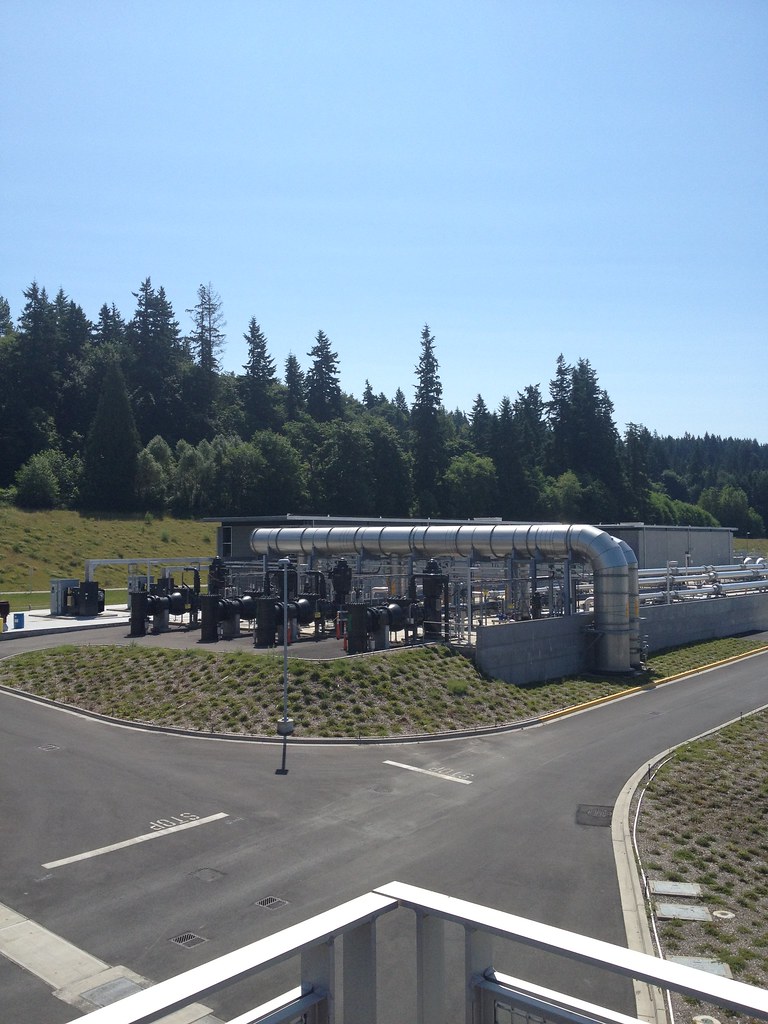 After wastewater arrives at the Brightwater treatment plant, the basic steps are pre-treatment (where non-organic trash is first screened and then settled out for diversion to a landfill), primary treatment (where the heavier organic solids are diverted out for a separate anaerobic hot digestion process which ultimately produces useful agricultural fertilizer and methane fuel), aeration (where aerobic bacteria consume the remaining pollutants in the liquid left behind after the organic solids were diverted out during primary treatment), membrane treatment (where the now-full aerobic bacteria from the aeration stage are filtered back out of the water and reused), and disinfection (where hypochlorite bleach is used to kill any remaining microbes). The now-disinfected water can then be used for just about any purpose other than human consumption, or else safely returned to the ocean via the large-bore underground pipe which now directly connects this treatment plant to Puget Sound.

What you see here is the structure which holds Brightwater's aeration basins.

Interestingly enough, the liquid in these aeration basins is so heavily oxygenated that a human being who fell into one of them wouldn't float; he or she would immediately sink, and then just bounce around at the bottom of the tank until he or she drowned. Modern polling data CONSISTENTLY finds this among the least appealing ways to commit suicide.