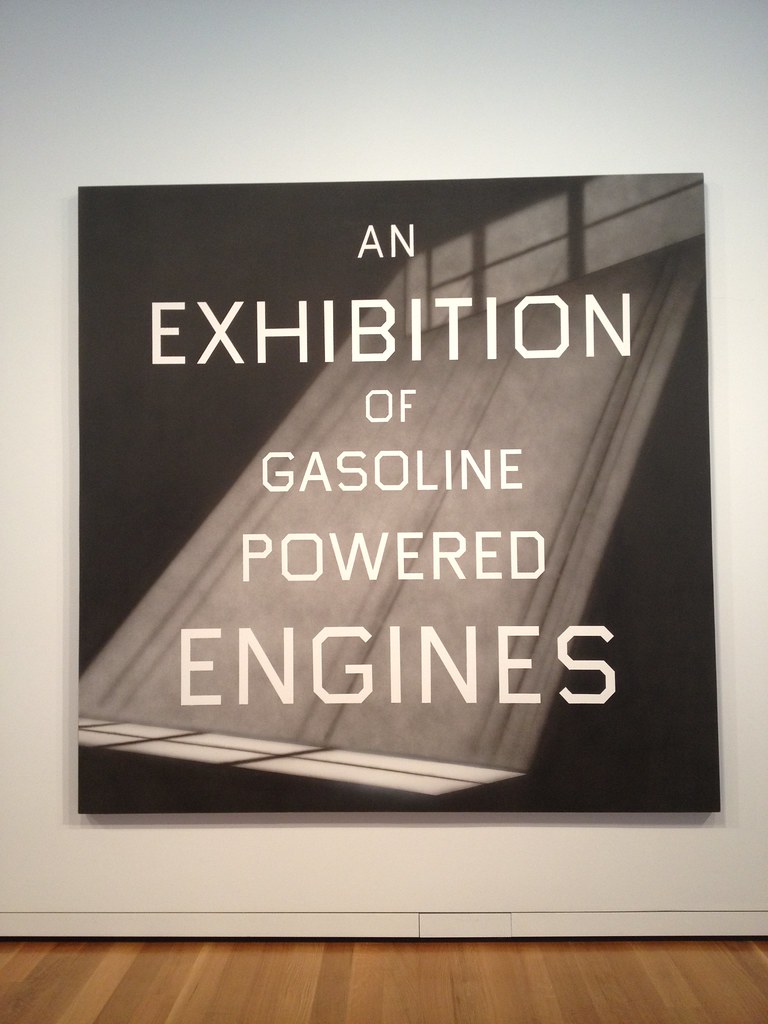 Perhaps using the artwork above on their invitation, these folks could be told the Evergreen Speedway demolition derby is actually a work of postmodern performance art, intended (naturally) to invite the viewer to question the very nature of the distinction between observer and observed, whether true irony is even possible now that linear narrative is dead, whether cultural power differentials make attempts to understand one another mere empty ritual, and all of the other meaningless phrases people have learned to repeat at gallery openings in the hope of getting someone's phone number.

Anyway, suffice it to say anyone who accepts is charged four figures to attend, they then assume the people paying less than that to attend are participating artists who merely dress working class as a gesture of solidarity, they finally assume the whole thing is ironic and go away feeling sophisticated, and afterward the museum and derby split the take 50-50.

Amusingly enough the joke would be on the postmodernists on yet another level, since if postmodernism's claim is correct that all truth (including scientific discovery) is relative and mutual human understanding is fundamentally impossible because there is no one "reality," then nobody would have successfully found their way to the event.
Subscribe
Comments for this post were disabled by the author