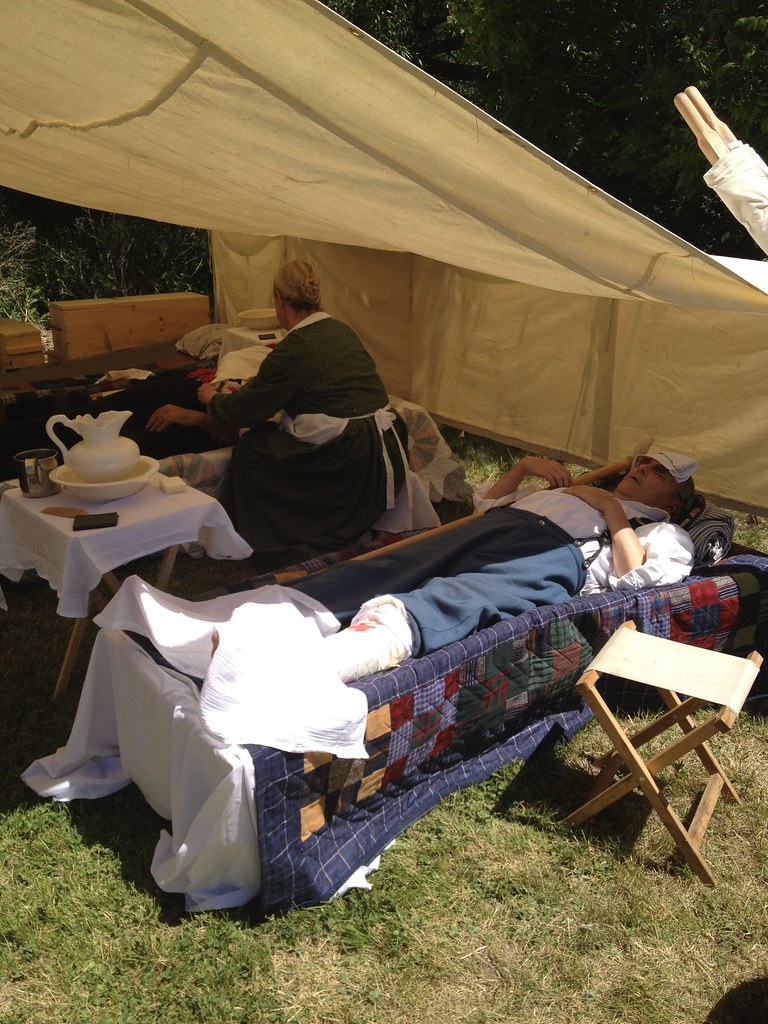 I asked the other historian acting as a nurse at this camp whether anything like what we now call Posttraumatic Stress Disorder was ever observed in Civil War veterans: after all, to the expected horrors of modern warfare would have been added routine orders to march directly into combined artillery and rifle fire, hellish results (potentially including amputation without anesthesia) to fear from essentially any battlefield wound, and combatants who were often in their mid teens.

Her answer was that this was essentially unheard of, which she believed was explained by three factors: that Civil War soldiers often signed up EXPECTING to die, that each survivor had a supportive and stable community to go back to, and that each believed in the rightness not only of serving their country/state just in general but in that war IN SPECIFIC.

The third of those factors made me think of something which Holocaust survivor (and psychologist) Viktor Frankl once said: "Suffering ceases to be suffering at the moment it finds a meaning."