An open letter to the Seafair Pirates 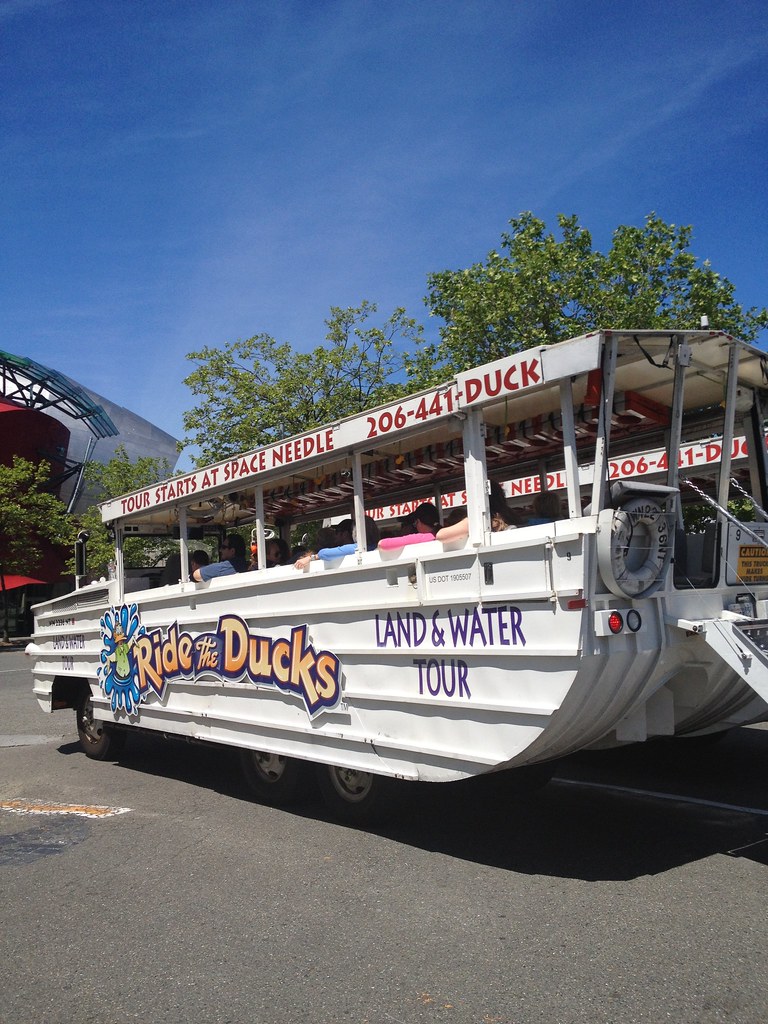 For decades you have helped promote Seafair and the city of Seattle. Unfortunately, in the early years of this 21st century persistent violent piracy off the coast of Somalia has served to remind the public of piracy's real, rather than romanticized, nature. In response to this I certainly do not suggest you go on a killing spree, rather that you simply step up your game and at least evoke piracy’s traditional roots.

Pictured here is one of Seattle's "Ride the Ducks" vessels. They're obnoxious, they're plentiful, they lack either armed guard or cannon, and they're amphibious so they can be seized on land (where both cover and infiltration opportunities are plentiful) and then taken out to the high sea. Best of all, in seizing one there would be no need for violence: being familiar with the Seafair Pirates both passengers and crew would likely voluntarily deboard assuming this was all in good fun, to then quietly stare in wonder from the sidewalk as you drive off with their vessel, after which they would eventually disperse to find a falafel or a sorbet or a yam or whatever other victual might befit their station.

Sirs, I say to you that these Somali pirates have truly thrown down the gauntlet; take one of the "Ride the Ducks" vessels before the end of Seafair or be forever known as cowards.