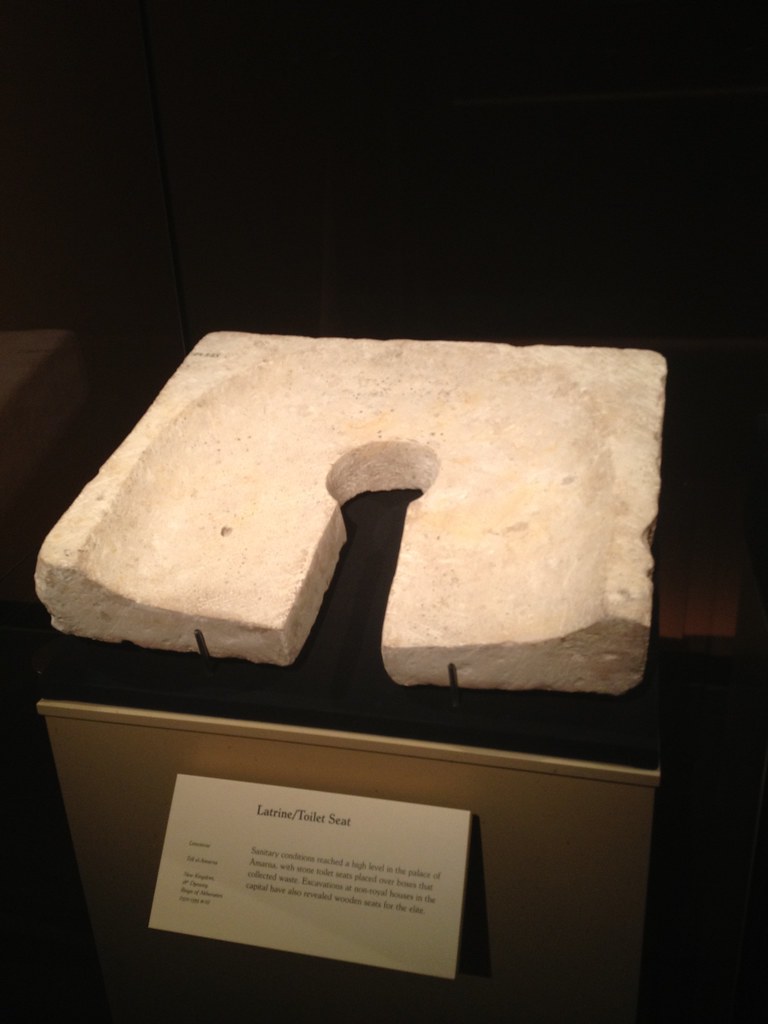 Shown here is one of the new stone toilet seats promoted during his reign, a reign which was apparently characterized by unusually good sanitary conditions in the palace as well as many non-royal houses.

I admit that I found myself wondering whether the hole in the middle of this toilet seat, in addition to its obvious functional purpose, was intended to symbolize the sun god Aten.
Subscribe
Comments for this post were disabled by the author