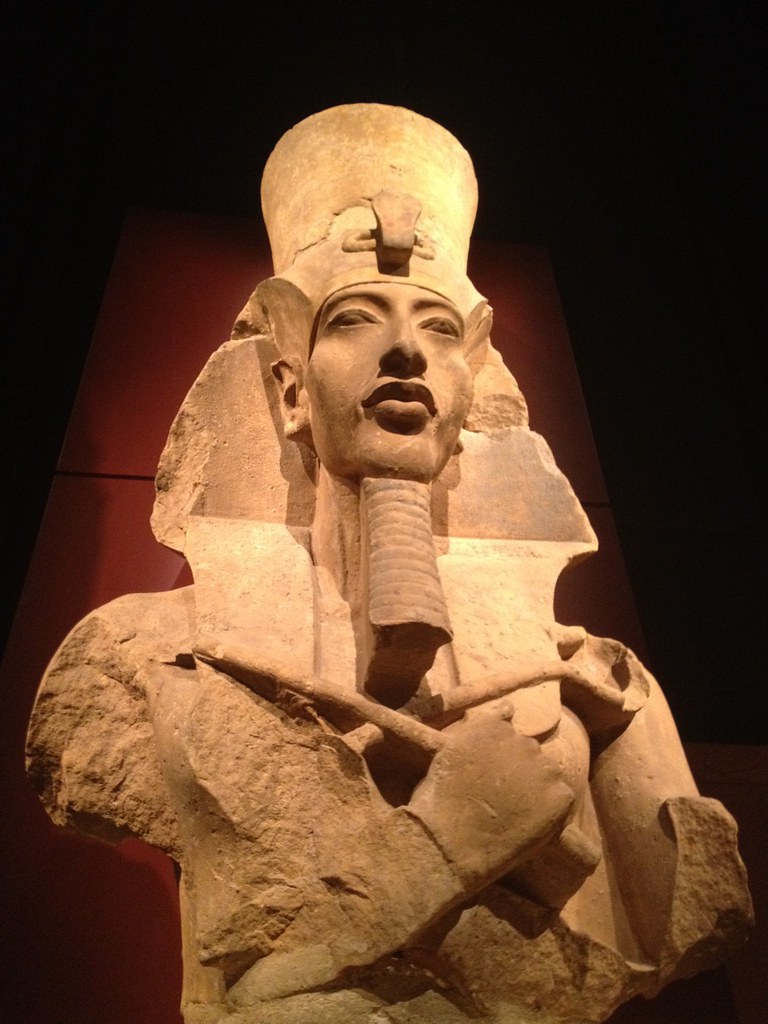 Now, here's where things start to get interesting. This gentleman started a short-lived religious revolution by abandoning traditional Egyptian polytheism (which involved literally hundreds of different gods) in favor of a new state religion in which worship was centered only on the sun. This was apparently the first Egyptian form of monotheism, and only the second form of monotheism anywhere.

Personally, I approve: if a society is determined to have a priestly class which lives in indolent luxury at the expense of the masses, then at least do the masses the credit of associating their god with something that both exists and does something useful.