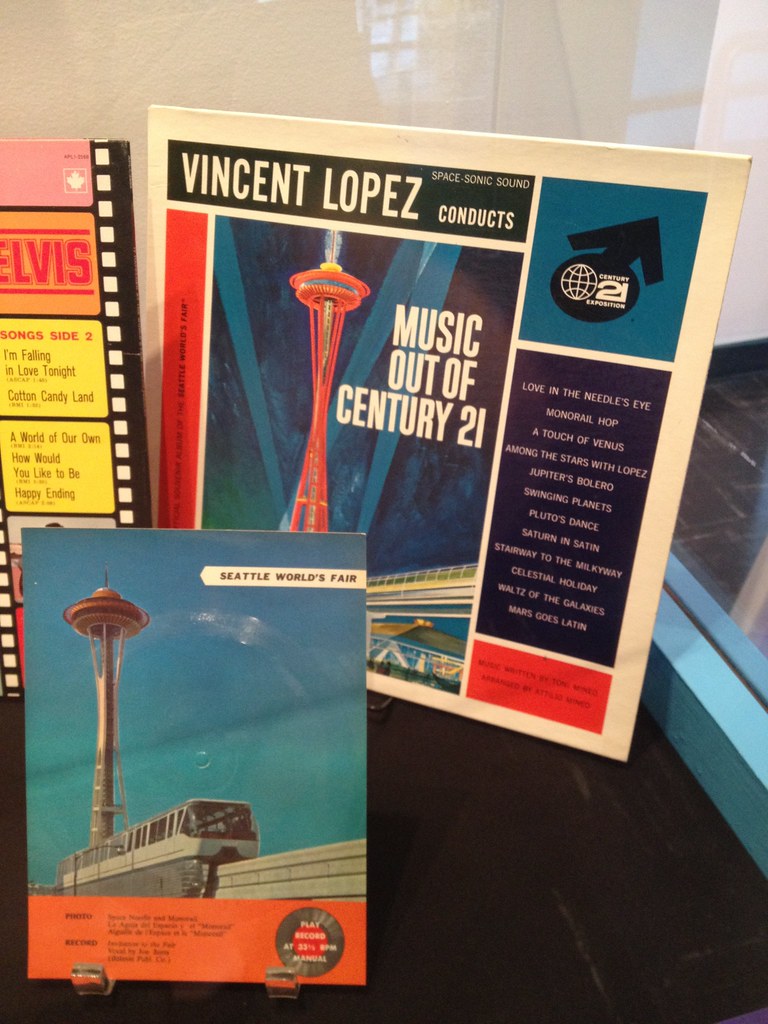 The Museum of History and Industry is hosting an exhibit on Seattle's 1962 World's Fair at Seattle Center's International Fountain Pavilion.

I had the chance to see this exhibit today. Pictured here is an album produced for this Fair, including the songs "Love in the Needle's Eye" and "Monorail Hop."

While I'm on the subject of Seattle's history, I'd also like to take the time to recommend the 2009 documentary film "Alaska Yukon Pacific Exposition: Seattle's Forgotten World's Fair." It's available for rental on DVD from Scarecrow as well as for checkout through the Seattle Public Library. I thought it was very well done, and was left with the impression that this 100 year-old Exposition was actually more transformative for Seattle than the 50 year-old Fair.