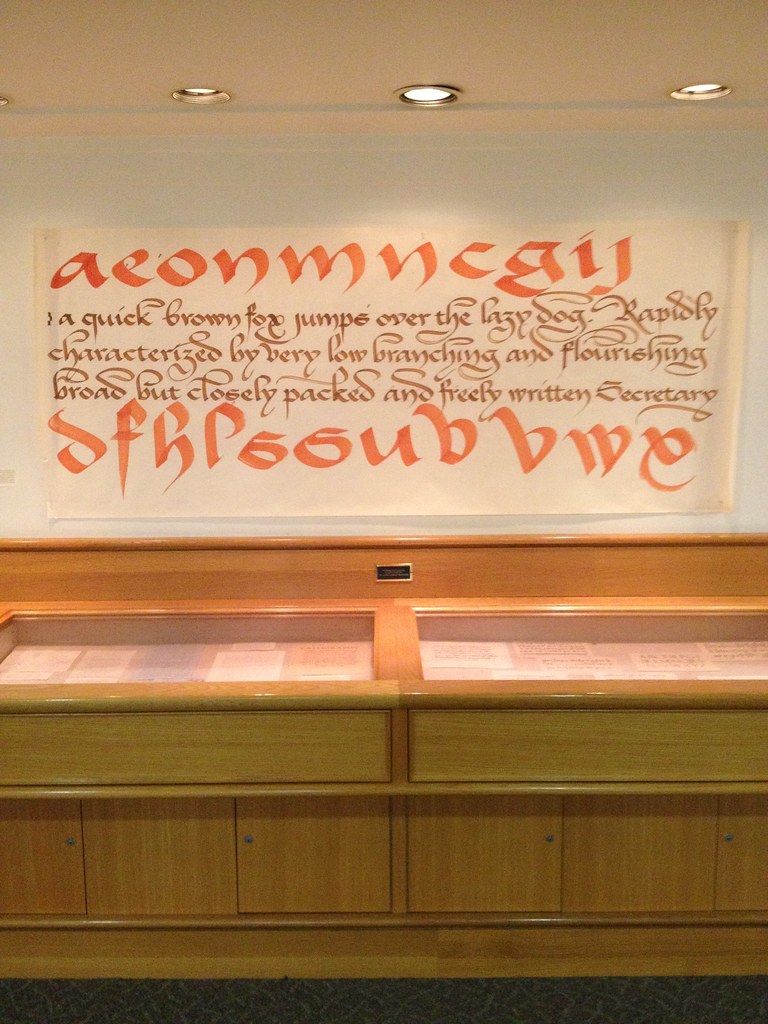 Apparently Professor Reynolds was responsible for integrating calligraphy into the coursework at Reed College. Unless I have the dates wrong, this means he would have been the person mainly responsible (even if only indirectly) for Steve Jobs' exposure to calligraphy at Reed, which Mr. Jobs later credited as being pivotal to his decision to add high quality fonts and typography to the Macintosh's operating system.

The sample shown above was part of an exhibit on Professor Reynolds' work at the Reed College library.