Another interesting artifact at the Oregon History Museum 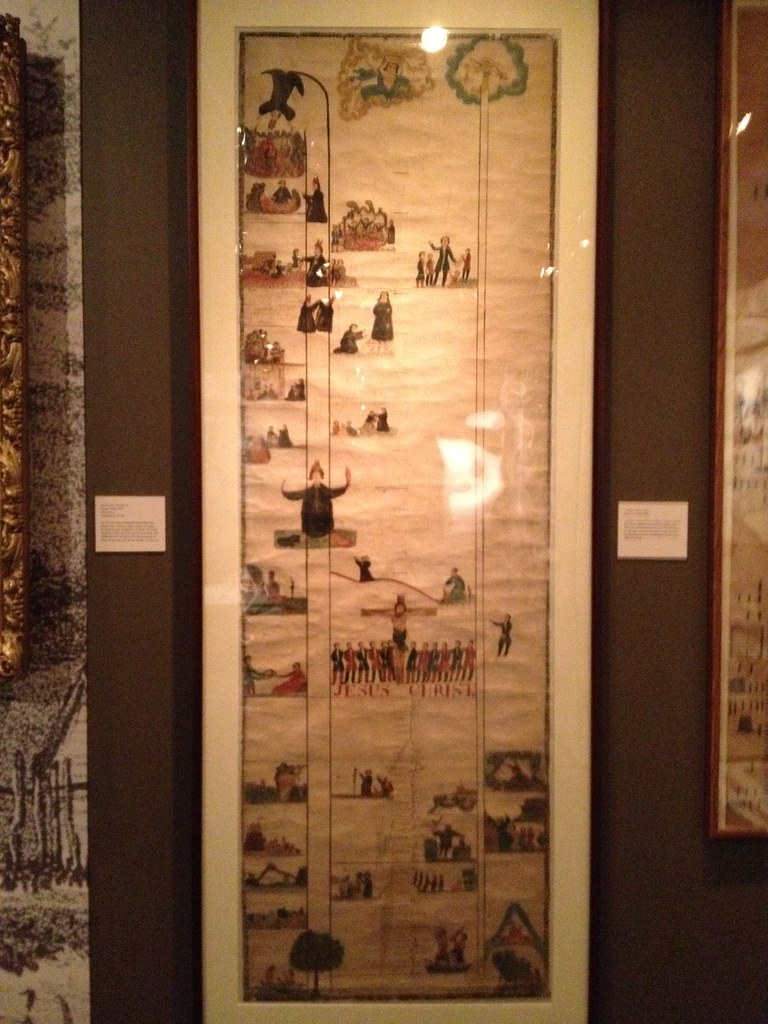 This was created in 1845 to educate Native Americans in the area that later became Oregon about the Protestant faith. It's in a visual format known as a "ladder," and is meant to be "read" from bottom to top.