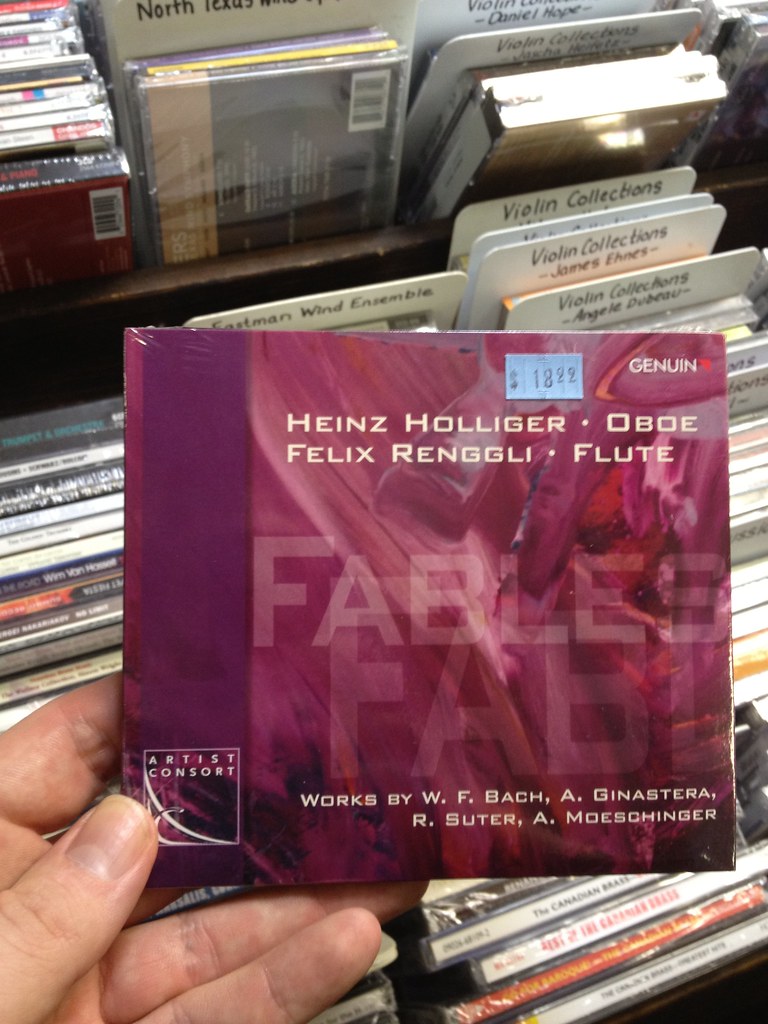 When I was learning to play the oboe, long ago, I studied one of this guy's Bach recordings almost to the point of wearing out the vinyl.

Apparently the works on the album pictured here were recorded in 2010, so it looks like he's still staying active as an oboist as well as a composer.