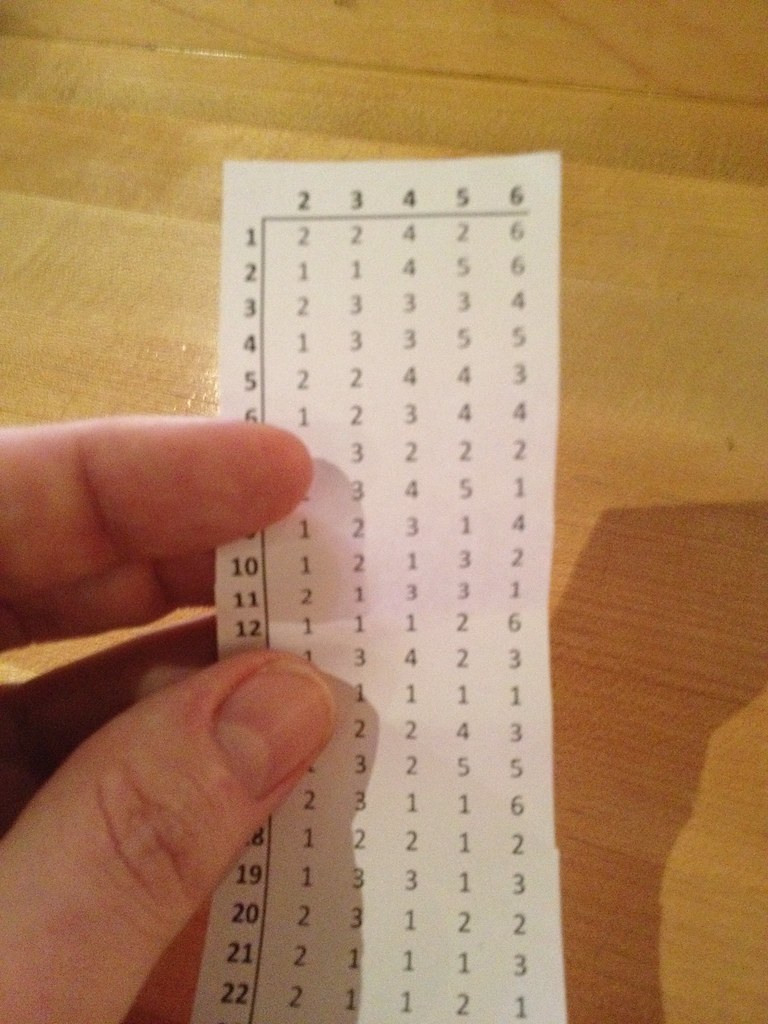 Walking is a great way to get exercise, but lately I've been looking for ways to make it more interesting.

What you see here is a set of numbers created using Excel's RANDBETWEEN function. The first column consists of random numbers between one and two, the second between one and three, and so forth.

The idea is that you start walking, and every three intersections (or some other fixed number) look at the next row to know which way to turn: if there are four choices, for example, you'd pick the column with numbers between one and three, so as to exclude just turning back the way you came.

Ideally you leave a GPS on the whole time so as to record whatever design this random process creates, and take a picture whenever it leads you past something you'd never seen before.

Optionally, at each random turn you could exclude more than just the direction you came from: you could additionally exclude, for example, all directions heading south, so as to keep your walk from looping back on itself.