Sakura-con seems to be involved in a labor dispute :( 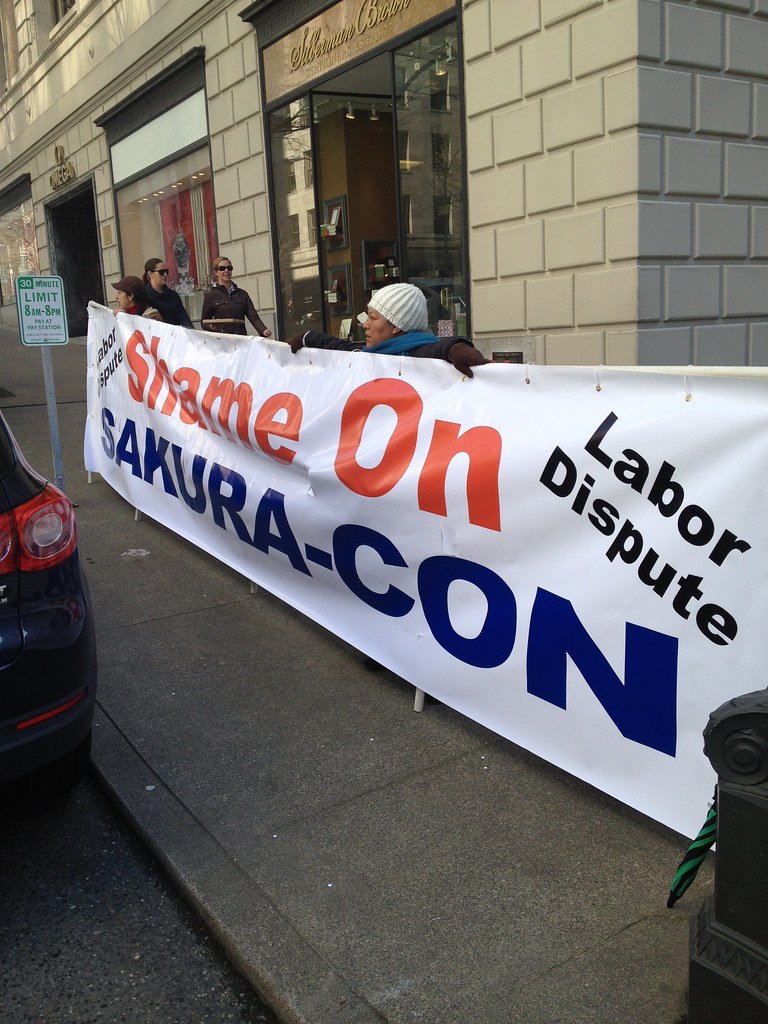 As I understand the nature of this dispute, the Sakura-con organizers had planned to replace two dozen union carpenters with ONE tentacle monster capable of using twelve saws and twelve hammers AT THE SAME TIME.

Now I find myself wondering if the person in the previous photograph was a strikebreaker. His sign's message ("I'll do anything!") suggests as much.

Perhaps a compromise position would be for Sakura-con to hire the union carpenters but insist they all dress up like Sailor Moon.