At the Maryhill Stonehenge replica, near the end of my Washington N->S ride, 2006 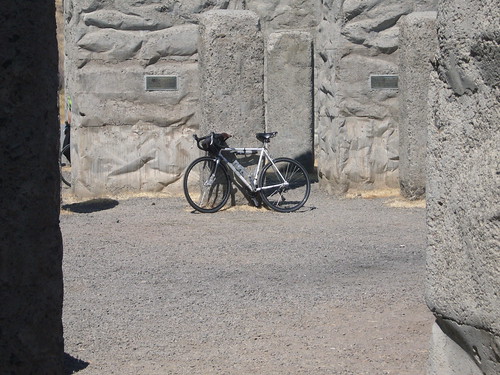 Note the saddle: it's a Brooks B17 Standard, which I later moved to my touring bicycle and continued to use for a grand total of about 10,000 miles. This exact model of bicycle saddle has been used by long-distance cyclists for the last 114 years, having been included in the Brooks catalogue as early as 1898.