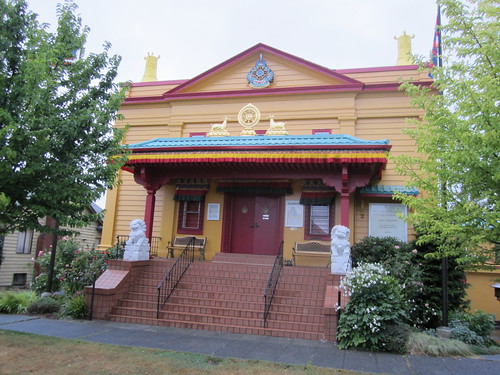 Conveniently for my ongoing project to learn more about each of the world's major religions, it turned out a Tibetan Buddhist monastery (which also serves the general public) was located mere blocks from my house. Its founder and current spiritual leader is a head of one of Tibet's four main schools of Buddhism, and was educated in Tibet before its occupation forced him to flee in 1959.

Seattle never ceases to surprise me.