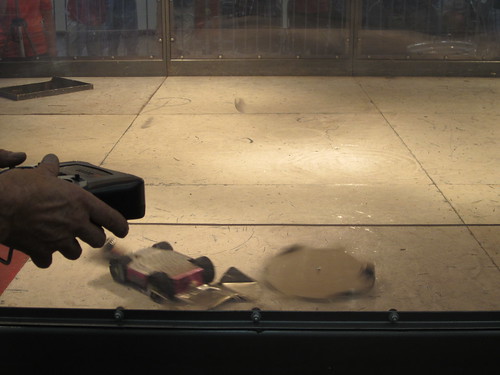 This probably wasn't the most enlightened choice in the world, but after attending the Buddhist church service yesterday I took the bus to Seattle Center to see the annual "Bot Brawl," wherein participants make their custom-built robots fight each other.

The robot on the right in this photograph was built around a circular saw blade, and as you can infer from the blur its special attack move was to spin around.