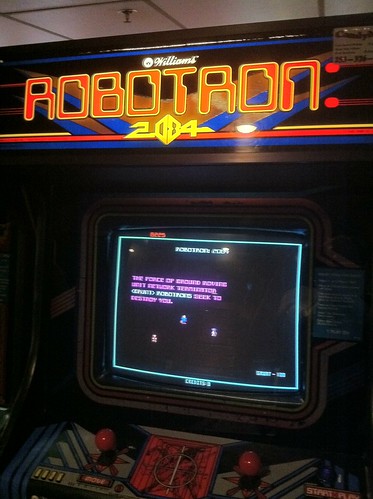 With a few exceptions (e.g. an obscure game called Swimmer, and Ms. Pac-Man) my favorite arcade games as a child tended to be the ones which used one joystick to move and another joystick to fire. Robotron: 2084 seems to have been the first arcade game to use this kind of control scheme. I also loved Smash TV, a sequel created by the same designer. The best modern equivalent of this kind of game is probably Geometry Wars: Retro Evolved 2 for the Xbox 360.