On a less pleasant topic... 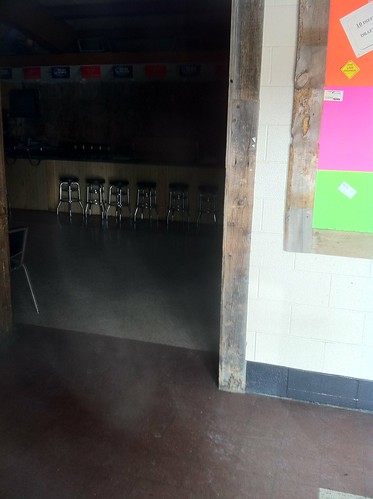 This Laramie bar, currently named "JJ's" but named "Fireside Lounge" at the time, is the last place Mr. Shepard was seen alive (by anyone other than the knuckledraggers who killed him, of course).

I realize this is a grim topic, but given that JJ's is currently for sale ($275,000) this was probably my last chance to photograph a turning point in GLBT history, at least as regards the degree to which bashing gay people was considered acceptable by the general public.

As I understand it his attackers attempted a wide variety of defenses at their trial, including claiming that Mr. Shepard flirted with them - as if that were any kind of reason to torture and kill someone even if it was true.