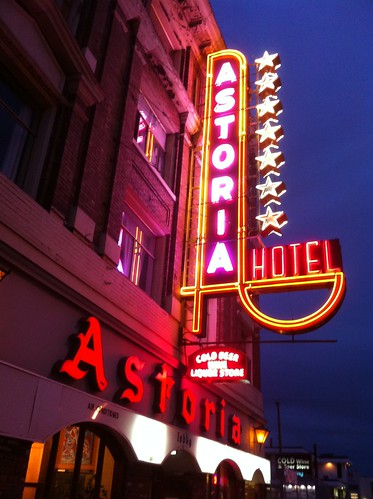 Robert Pickton used to hang out here a lot, apparently, and presumably took victims he met elsewhere in Vancouver BC's downtown east side (or "DES") here before heading back with them to his "farm."

My main interest here was in seeing whether this neighborhood was any better than it was reported as being at the time of the Pickton murders. And honestly, it's difficult to see how it could be: prostitution and drug addiction still looked rampant to me, and more to the point zero police presence was in evidence.

If there's some reason why another Pickton couldn't be operating in this same area now, though perhaps at a much slower pace, I'm just not seeing it.