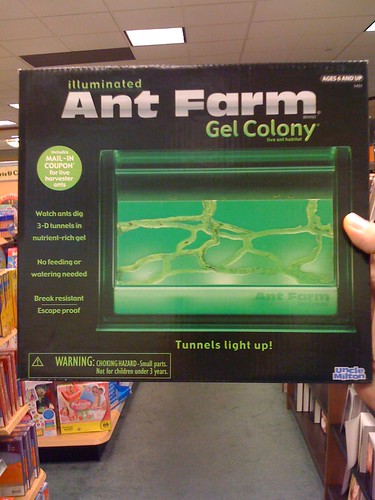 I had one of the old-style Uncle Milton's Ant Farms as a very young child, became convinced at one point that the ants had died because I'd forgotten to feed them, and as a result for the first time in my life felt something that I recognized as "regret."

I later learned that the ants had a two-month life span, and I actually hadn't forgotten to feed them, so at least as an adult my conscience is clear.

But either way, as you can see from this box with new Ant Farm owners this is now a moot point :)