This is called a "pressie" 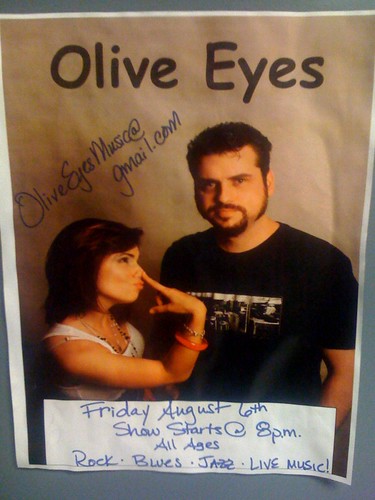 I try pretty hard to stay on top of cutting-edge cultural trends, in part so that I can predict for this blog's readership what the next big things will be before they hit the mainstream media.

Anyway, this particular craze originated in Milan's underground club scene earlier this year, and then apparently made its way to Paris.

It amounts to lightly pressing someone else on the nose as a gesture of attraction and/or respect, and is referred to as giving someone a "pressie."

Somewhat unusually, the woman on the left of this band photograph is giving HERSELF one, but it's the same idea.

Anyway, my advice would be to start giving your hipper friends these "pressies" now, so you can be ahead of the curve when everyone else starts doing it.