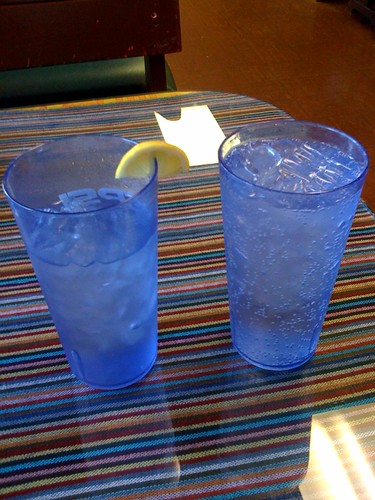 One large ice water with a slice of lemon, and one large club soda with ice: that's the recipe.

I'm in Larned KS now, and cannot in all honesty say today was pleasant: the south wind cut my speed down to nothing on US183, which was bad because I needed to travel south on this road for 19 miles, with no shade, in temperatures which felt like they were around 100F, and as far as I knew there was no water supply for the next 36 miles. I finally found a water supply at a national historic site six miles away from Larned, but am probably not going to feel normal until at least another refill on what you're looking at now.