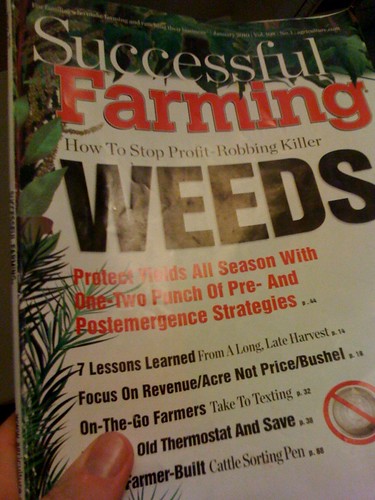 This is the January 2010 issue, which is obviously a bit old, but given the U.S. Supreme Court's decision one week into my ride in Monsanto Co. v. Geertson Seed Farms weed control was exactly what I was interested in learning more about.

Anyway, I just finished reading this magazine cover to cover, and have four main take-aways:

Concerning 1-3 above, my larger take-away is a renewed appreciation for just how many difficult and technical decisions rest behind each of the seemingly uniform fields I'm passing by every day.
Subscribe
Comments for this post were disabled by the author