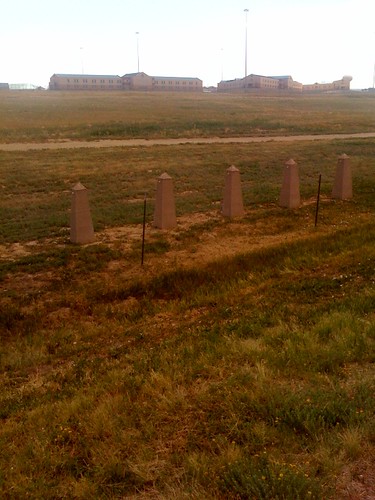 Hi there Ted Kaczynski! It doesn't seem your manifesto is having basically any influence on anyone, anywhere, but in general I trust you're still happy with the choices you made in life?

And look, it's Eric Rudolph! I'll bet you're still working on some kind of explanation ANYONE else can understand as to exactly why you bombed the Olympics? Well, best of luck to you, you crazy kook!

Is that you there by the window, Terry Nichols? I admit I've always wondered: if you hated the United States that much, why didn't you just go somewhere else?

Oh, and there's the ever-charming Dwight York! Over a thousand counts of counts of child molestation? I'll bet your mind must still be quite the whirlwind of conspiracy theories and four-year-olds, you disgusting, silly man :)

Gentlemen, I must tell you all that it's just a BEAUTIFUL day today: wouldn't you rather be outside?