A football in Dillon MT 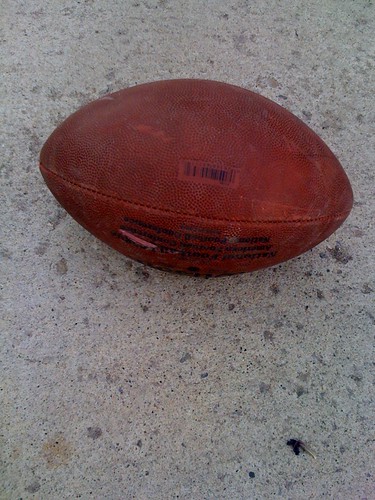 I found this lonely football, in obviously poor condition, lying on the pavement outside a gas station after rolling into Dillon MT.

But then I thought back on my easy football victory (apparently involving BOTH a "touchdown" and a "field goal") in Grizzly Stadium itself, and I began to wonder if maybe it was my own victory on their most sacred football field which has demoralized the entire State of Montana, and led to this newfound and statewide despair.

Montana, do not despair: your Glacier National Park, and your status as the best destination for Americans who still long for open space and open skies, will remain long after I, and every memory of both my football victory as well as my well-earned glory in almost every other field of human endeavor, are forgotten.

Dillon, Montana, I beseech you: pick up this football.