Farmville vs "An Actual Farm" 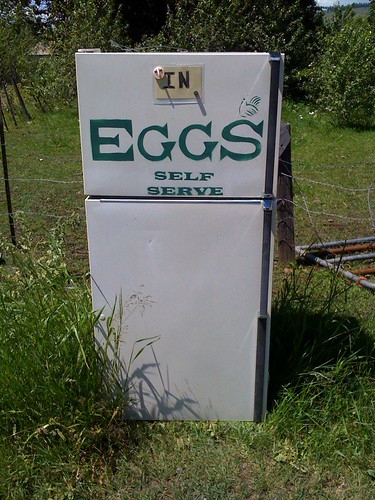 When I opened the refrigerator pictured above I found nothing but a link to its owner's Facebook, who apparently had fresh eggs to share.

About a month ago I watched the Farmville folks present their new iPhone app as part of the introduction of the new iPhone hardware, and learned that one new "feature" of this new app is that it will (thoughtfully) wake you up in the middle of the night if that's the optimal time to deal with your completely imaginary "crop."