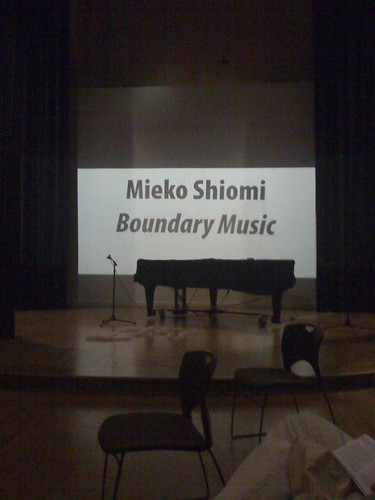 Ordinarily, when a composer creates a musical composition for other musicians to perform, he or she writes that composition on paper using standard musical notation, i.e. the familiar "notes" which dictate the pitch and duration of the desired tone. Even in the case of jazz, where portions of the composition are to be improvised by particular performers, everything other than the improviser's work is described using the same notation. But during the 20th century in the classical music world, a radical advancement was made: "compositions" which were entirely improvisational, but where drawings or prose by the composer guided the resulting improvisation. Tonight's performance at Chapel Performance Space is by Eye Music, the only performing ensemble in Seattle exclusively dedicated to performing works where the only "sheet music" available to the performers consists of drawings, sketches, or prose by the composer, intended to guide their subsequent improvisation.