Found this outside the Elizabethan Stage 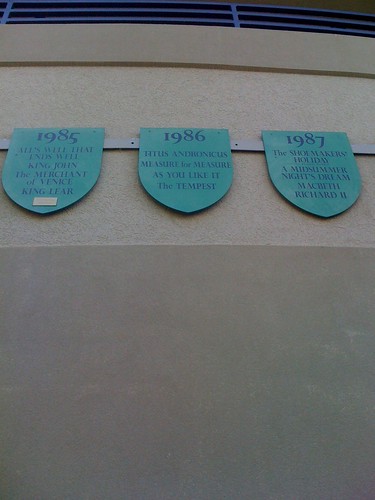 They have a little memorial for each year the Oregon Shakespeare Festival was held, including the 1986 performances which my parents took me to. I remember seeing Titus Andronicus along with As You Like It.

The former was arguably made obsolete by the recent Blu-Ray release of the 2008 "Rambo" movie, while the latter still totally rocks if you are so self-centered that you would actually WANT all the world to be a stage.